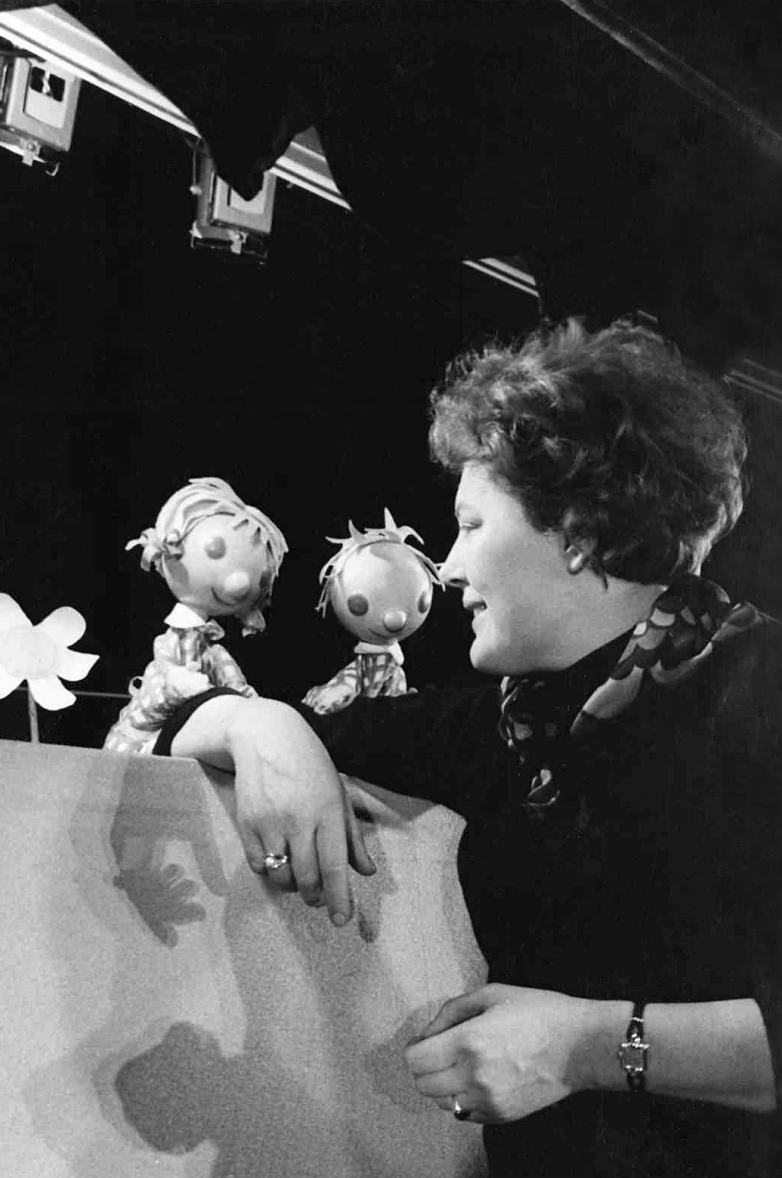 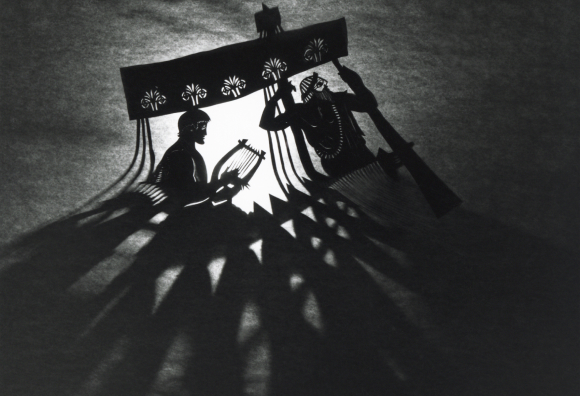 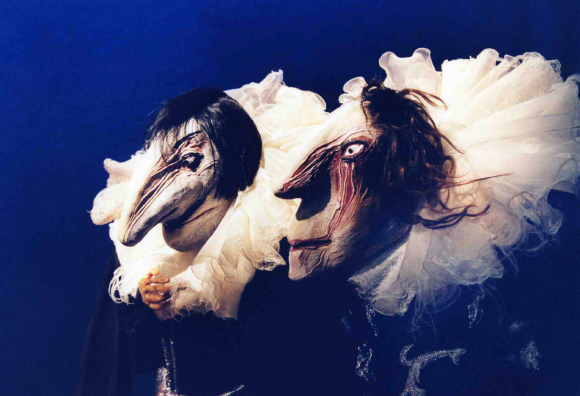 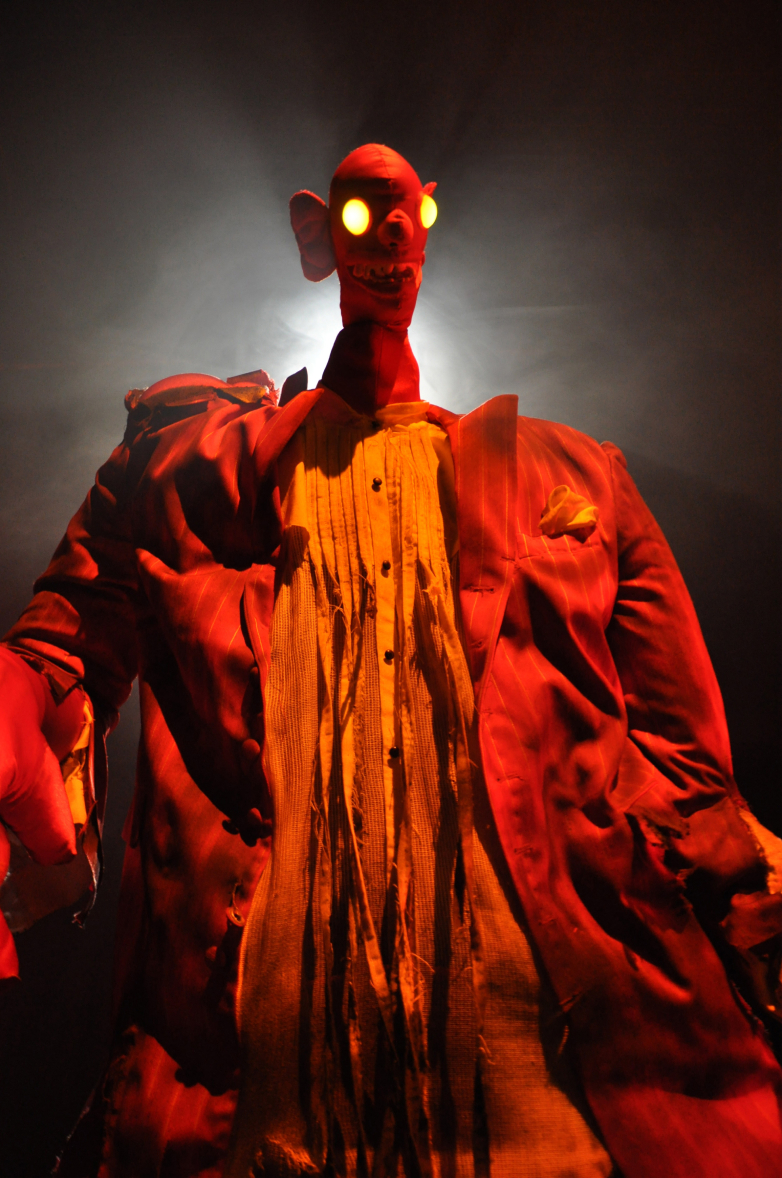 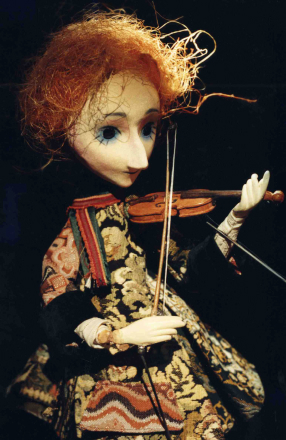 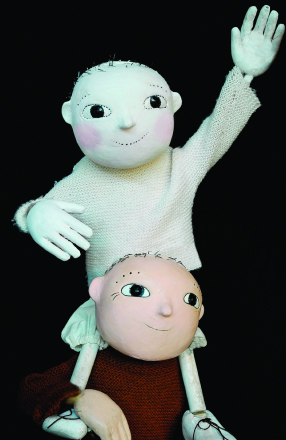 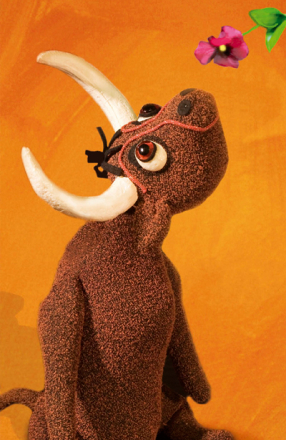 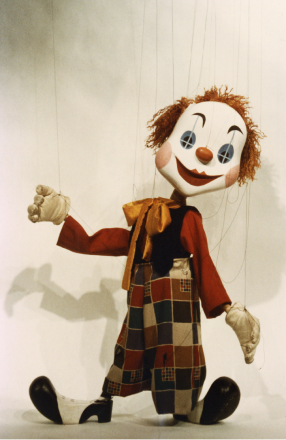 Welcome to the Theatre puppet gallery

Theatre puppets, in Norway often referred to as theatre figures (the Norwegian word is teaterfigurer), have been used in performances at Norwegian stages for generations, to the delight of audiences in all age groups. They have performed in venues large and small, and they have taken part in movies and TV productions. But when the spotlights are turned off and the puppets leave the stage - where do they go? The ugly duckling, Hedda Gabler, Mister Hare - the baker in the Hunchback Wood, or the peaceful man? Or the TV stars Pompel and Pilt, and Titten Tei? Do they still exist, or are they gone? Are they hidden, or perhaps forgotten?

When it comes to the state of the puppets, much is unknown, and little is documented. That is why we, in collaboration with the Sceneweb archive, have started the work of documenting, registering, and collecting an exciting selection of theatre puppets used in performances at Norwegian stages from 1945 onwards. This is the start of a treasure hunt. Welcome to the Theatre puppet gallery!

A national project
The time frame of the gallery is from the end of war until now. We now write 2020. Throughout these 75 years, Norwegian puppetry has been continuously developing and growing. This does not mean that there was a lack of puppetry in Norway before this. Within theatre institutions, puppetry work has been connected to Folketeatret as early as the start, in 1952. At many theatre institutions, there are deep traces from puppetry, for instance at Kilden Theatre (formerly Agder Theatre) and Det Vestnorske Teateret (formerly Hordaland Theatre). Or the traces can be lighter, as with The Arctic Theatre. From the 1970es, several independent puppetry companies have come and gone. Many have left a lasting impact. We may mention Petrusjka Teater (1978-2004) and Teater Figur, established in 1990. Far more could have been mentioned. Two national performing arts education institutions have also written puppetry history: Akademi for figurteater (meaning Academy for Puppetry Arts, now calledThe Norwegian Theatre Academy in Fredrikstad, at Østfold University College) and The Acting & Theatre Department of Nord-Trøndelag University College/HiNT (now Nord University). A number of institutions, independent companies and persons have contributed with design and creation of puppets with high artistic quality, and remarkably diverse visual expressions. We will try to find them, and we are eager to see what we will find!

The start
We have begun with the collection of Oslo Nye Teater (Oslo New Theatre), with the longest history of theatre puppets. The institution stems back to Folketeatret. Today, the puppetry department is located at Torshov in Oslo; Oslo Nye Trikkestallen. Our next stop will be The Norwegian Touring Theatre, whose puppetry toured for more than 40 years, established in 1976. Before we leave the Oslo area, we stop by Norwegian Broadcasting Corporation. Well-known TV puppets also belong in the gallery.

In this first phase of the work, we look at already existing photos of relevant theatre puppets, and we gather information about the productions they have been part of. Some entries will contain a lot of information or data, others less. If there is no existing photographic material, and the puppets still exist, we want to photograph them - if we are granted permission to do so. During the work process, we will consider the puppets' significance in light of the cultural and the aesthetic contexts.

Gathering data material is a time-consuming process, if even such data exist. The number of puppets registered within the gallery will gradually increase, as will relevant information. The gallery will also contain articles about puppetry and access to relevant literature, and links to museums, of which there are many in Europe. Our aim is that the gallery reaches 1000 entries with puppets from all over Norway, with corresponding information. We now launch entries of 180 puppets, mainly from Oslo Nye Teater (Oslo New Theatre)'s puppetry collection/history. Those interested may find theatre puppets such as The Home Mouse and The Climbing Mouse, Kotick - the white seal, Winnie-the-Pooh, The Ash Lad, Aladdin, and many, many more.

The working process is like a jigsaw puzzle. To be able to put all the pieces in their place, we depend on the will to make an effort and a fruitful collaboration with the Norwegian professional community. These include theatres, independent companies, stage designers, visual artists, puppeteers, and puppet makers who have created, produced, interpreted, and given a stage life to the puppets.

For whom is this gallery?
Who will enjoy and find use of a digital gallery of theatre puppets? Students within artistic study programmes such as theatre, puppetry, stage design, design, direction, and drama could use the gallery for inspiration and information concerning their professional fields. The gallery is relevant to persons within creative, conveying, and pedagogic work. The interdisciplinary aesthetic has many new options for use. The use of theatre puppets also has a large and unused potential, at all levels within the Norwegian school system, in drama education, the study of crafts and projects combining these. In social work with children and youth, the gallery may be a source of inspiration, and a motivation for using the medium. We also think that a gallery of historical facts and other relevant information may be a source for scientific researchers within culture, artistic studies, and pedagogy. Hopefully, the gallery will contribute to raising interest, and an increased understanding of Norwegian puppetry.

Why a gallery of theatre puppets?
Throughout many years, puppetry has been a marginalised part of Norwegian performing arts, low in appreciation and visibility. One of the reasons for this is that puppetry has been closely connected to culture for children. As is well known, this culture has had to fight hard to be acknowledged within the artistic field.

The theatre puppets make up the most important and the most vital part of Norwegian puppetry history, and we want to make them known and available through a virtual gallery. There are still living sources who can provide important information and a correct image of the time of the productions. The puppets are fragile objects, made for onstage performance. The wear and tear may be significant. What is left after 250 completed performances? It is important to document the puppets still in existence.

Who are we?
Those responsible for the project are Mona Wiig and Elin Grimstad, both of whom have long experience within their respective fields.

Mona Wiig was a director and stage designer at Oslo Nye Teater (Oslo New Theatre)'s and The Norwegian Touring Theatre's puppet theatres. She also managed The Norwegian Touring Theatre's three-year education programme for puppeteers. She was the artistic and managing director of the independent theatre company Christiania Teater, and dean of The Norwegian Academy of Theatre in Fredrikstad. For Norwegian Broadcasting Corporation's children's TV, she has designed and made the puppets Teodor (for the programme Så rart, meaning How strange) and Tøfflus (for the programme Jul i Skomakergata, meaning Christmas in the Shoemaker's Street). Mona Wiig has a master's degree in theatre studies and a Ph.D. in puppetry arts.

Elin Grimstad works with animated film, illustration, and literature, mostly for children. She often works with these expressions in combination with performing arts, and has experience in text as well as illustration, animation, and music for the stage. The movie Eternal Hunting Grounds, which she directed and for which she wrote the script, won the award The Golden Dove for best animated short during the highly respected Leipzig Dok International Film Festival in 2016.

We both stand responsible as curators for the digital gallery.

To all users of the gallery
If you discover factual errors, lack of information or perspectives you would like to add, please contact us. User dialogue is important in improvement and quality control of the work on the digital gallery.

Who support us?
Arts Council Norway (cultural heritage) and the municipality of Oslo have supported the project. Both institutions have seen the importance of conserving the theatre puppets in present day and the future. We warmly thank for the support.

Covid-19
The theatre puppet gallery is also affected by Covid-19. The puppets are unlikely to spread infection, but they depend on owners and users who need to take precautions. As do we who work on the gallery. The pandemic has led to delays in planned visits in 2020. The work continues, but we will need more time than originally planned for to reach our goals.